Tea Culture Around the World (Part 2) 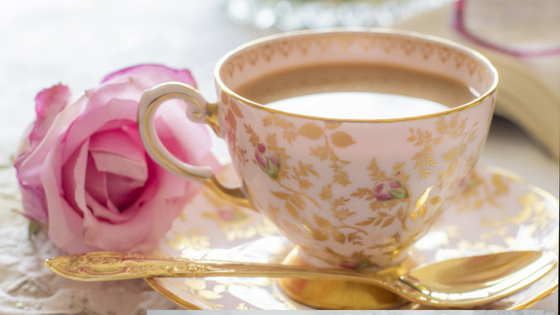 For many across the world, tea is a lovely little pleasure. It is also an important social and celebratory tradition for great occasions. Continuing on our journey of tea culture around the world, I’d like to invite you to join me today. This time, we will jet to Europe, Middle East and North Africa to explore the different types of teas and their unique customs.

Tea is such a flexible drink. Maybe you are starting to feel a bit in a rut with how you take your tea. Maybe you have stuck with ‘white and one’ for too long. Well, why not check out some of these colourful ways to appreciate your afternoon cuppa?

Tea culture around the world: Let’s look at how some countries in Europe celebrate tea

You can’t talk about tea and not mention Britain! Tea is as British as you can get, just like fish and chips, cricket and the royal family.

The British people first encountered tea when it was introduced to them by a Portuguese princess in the 17th century who married an English monarch. The English people fell head over heels in love, and they wanted their own steady, uninterrupted supply.

In the beginning, only the upper class enjoyed tea. They do so in coffee houses, where only men frequent. Gradually, all classes started to enjoy a frequent cuppa.

The Duchess of Bedford invented the tradition of afternoon tea when she made the incredibly intelligent decision to enjoy some tea and cake in her bedroom in the middle of the afternoon. The gentry adored this concept and it became popular all over Britain and the British Commonwealth.

Afternoon tea is now celebrated across the world with great drama and flair in upscale hotels. It is served with an assortment of oh-so-yummy food like finger sandwiches, sweet and savoury bites and scones with jam and clotted cream. Some places even serve afternoon tea with glasses of champagne. But the star is always the tea! 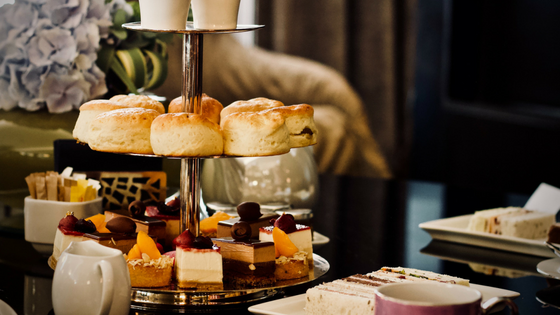 From dainty afternoon teashops to a hearty builder’s brew at a greasy spoon, the British definitely can’t live without their national drink.

In a region of Germany called East Frisia, there is a wonderful tradition of preparing and drinking tea that welcomes guests.

A hard white rock candy sugar called Kluntje is first placed in a cup. The tea is then poured over this rock which melts slowly. A heavy cream is poured in last and the three ‘levels’ of tea are drunk without being stirred and combined.

The first sip is creamy, the middle layer predominantly tea and the last sip of the cup is the rich sweet candy.

It is considered impolite to drink less than three cups of tea when you are a guest in someone’s home.

Russia has a strong tea culture. The country was introduced to tea in the 17th century when merchants in camel caravans brought their wares across the continent from China. Due to the distance, the tea frequently took up to a year or more to arrive at its destination.

During the long trip, the caravan’s campfires imparted a smoky taste to the tea.  This inspired the traditional dark, smoky and black tea blend well-loved in Russia – Russia Caravan – as a homage to those journeys.

The samovar is the centre of Russian tea ceremony. It is a Russian word meaning “self-cooking” or “self-boiling”. In the base chamber, the water is consistently kept very hot and just below the boil. A teapot sits upon the samavor and this part will contain a very strongly brewed tea called “zavarka”. 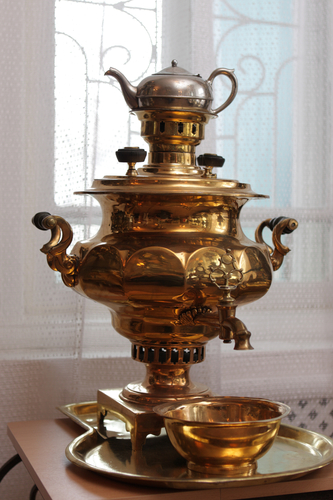 To make a full cup of tea, you add a small amount of zavarka and then hot water from the samovar. You can control the strength of the tea by adding more or less zavarka. Hosts will offer milk, sugar, lemon, honey or even jam (yes, jam!) with their tea, as well as homemade cookies. And voila, a cup of traditionally brewed Russian Caravan tea, served as a welcome routine in everyday life.

Tea culture around the world: What about Middle East?

You cannot talk about tea culture around the world, without talking about Turkey. As Turkey is a nation very much in love with coffee, many people are surprised to learn that more tea is consumed by its residents than coffee.

Turkish tea is a sign of welcome and hospitality, being offered not just in hotels and private homes but by shopkeepers to their customers upon entering stores. In villages and towns, the Turkish tea garden (called “Çay Bahceşi”) is a popular gathering place for men to gather and socialise, while enjoying their tea.

Double Turkish teapots called Caydanlik are famously ornate and beautiful. It is basically two pots stacked on top of each other. Water is placed in the bottom pot, while the tea leaves and a little water is put into the top pot. After the water boils, it is mixed together with the tea leaves, and poured into a glass with a strainer. More water is then added from the bottom chamber.

Turkish tea is served without milk or lemon. Instead, it is served with enough sugar to make for a very sweet drink traditionally served in small curved glasses. They come in every colour of the rainbow and are often intricately decorated in gold or other precious metal. 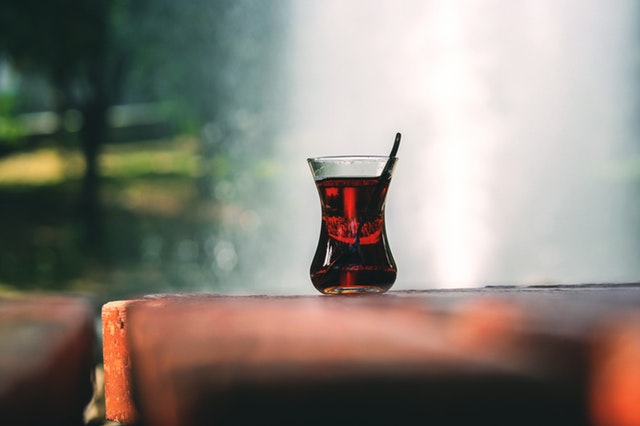 Iran is another nation that loves its tea black. However, the Iraninas serve it accompanied by a bright yellow rock candy called nabat. Instead of sweetening the tea itself, people enjoy it by placing the candy on their tongues while sipping their tea.

In Iranian homes, the kettle is constantly kept on the boil as an every-ready treat for people in the home and a welcome to visitors. The samovar is also used in Iran. Public teahouses are a popular social gathering place, where they are known as chaikhanehs.

In Morocco they do things a little differently. Moroccans like to drink their tea by blending green tea with spearmint leaves and sugar to create Maghrebi mint tea. Another common name for it is Moroccan mint tea. This type of tea is traditional to the Greater Maghreb region of northwest African countries (Morocco, Algeria, Tunisia, Libya and Mauritania).

Maghrebi mint tea is a happy, social treat and enjoyed all day long. The male head of the house traditionally makes and serves the tea, and he offers it to visitors as a sign of hospitality. Mint tea is served in tall, slim glasses, usually three times to a guest. 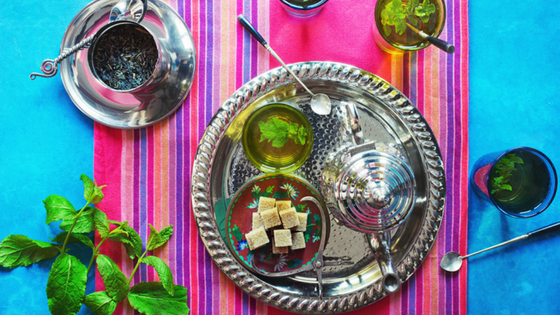 Unlike typical tea pouring, you pour Maghrebi mint tea into glasses from high above to swirl loose tea leaves to the bottom of the glass. This also gently aerates the tea to improve its flavour.

The flavour slightly varies each time, as the leaves are left in the pot while the tea is consumed.  According to an ancient proverb, ‘The first glass is as gentle as life, the second is as strong as love, the third is as bitter as death.’

What is your favourite tea culture?

We have explored tea culture around the world, do you have a favourite one so far? Let me know in the comments below.

If you are interested in how people across Asia traditionally enjoy their tea, check out our first blog on this topic.

Wishing you a great day,

Suk-yi is a caffeine lover, blogger, entrepreneur, air quality consultant, environmentalist, world citizen, wife and mother. She explores various topics related to coffee, tea, chocolate and everything in between on her blog. Make sure to follow her on her Facebook Page, Instagram Page and Pinterest Page.

Using coffee, tea and chocolate that you already love, I'll show you how to slow down, rejuvenate and live better with consistency and ease.

I WANT TO READ ABOUT

More than your typical coffee, tea or chocolate company.

(We love all those things, but we want more for you).

Although we provide techie information that will make any caffeine geek swoon, we focus on being a welcoming haven - approaching coffee, tea and chocolate from an intuitive perspective.

We strive to inspire both the heart and the mind when it comes to enjoying your caffeine.

Why is this different?

So much of coffee, tea and chocolate is allowing oneself time and space to stop and ruminate. To clock off from a busy day when you need it the most. To clock in to yourself by cultivating moments of solitude or to deepen connection with others. To have a slower and richer pace.

We know this is what's missing from most other online, caffeine friendly places. We're going to teach you how to live well, in that moment.

Welcome to The Caffeine Trifecta.

Create moments that matter. With a thoughtful cup of coffee, tea or chocolate. 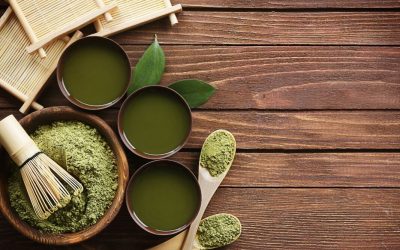 The Ultimate Guide to Creating Calm and Presence with Tea Rituals

One of the most difficult things to find in life is balance. The older we get the busier we become and the harder it can be to find calm.You can create calm in your life no matter how hectic it is, by making it a priority for you. One of the best ways I...

END_OF_DOCUMENT_TOKEN_TO_BE_REPLACED 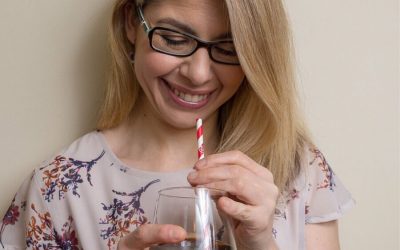 Conversations Over A Cuppa with Anita Brodian of Dark City Foundry

They say necessity is the mother of invention. This saying is well and truly embodied by Anita Brodian, founder of Dark City Foundry. Living in Melbourne (the world's greatest coffee city!), Anita has always loved coffee. However, being unable to drink cow's milk or...

END_OF_DOCUMENT_TOKEN_TO_BE_REPLACED 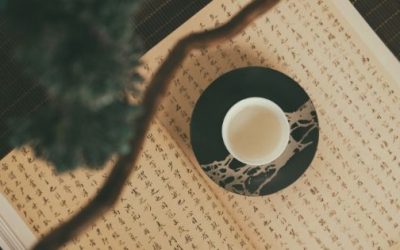 A Richer and Slower Pace with Tea

Dear You, Are you living life in the fast lane, at warp speed and you feel tired? Do you long to step off the hamster's wheel for a richer and slower pace, even just for a while? This letter is to anyone (and to myself) who feels that they might have too much on their...

COME JOIN US ON A JOURNEY

We complement your journey of living well with caffeine through great coffee, tea and chocolate.

Picked, roasted, handcrafted and produced with passion and expertise.

We know how time-consuming it can be to find quality coffee, tea and chocolate. Not to fret as you've come to the right place! We've done all the hard work for you in finding the best small businesses that serve you caffeine.

Shopping on our website is really simple. Buy or subscribe from as many different sellers as you like, or from your favourite. Add the products to your cart and proceed to an easy check-out via secure payment.

Our sellers will deliver their products directly to you for that added personal touch. You'll receive a few different parcels if you've purchased from different sellers. All you need to do is sit back and enjoy!

[wpcs id="4462"]
If you want us to feature your products, click here to learn more

WE ARE LOVED BY

5shares
We use cookies to ensure that we give you the best experience on our website. If you continue to use this site we will assume that you are happy with it.Ok